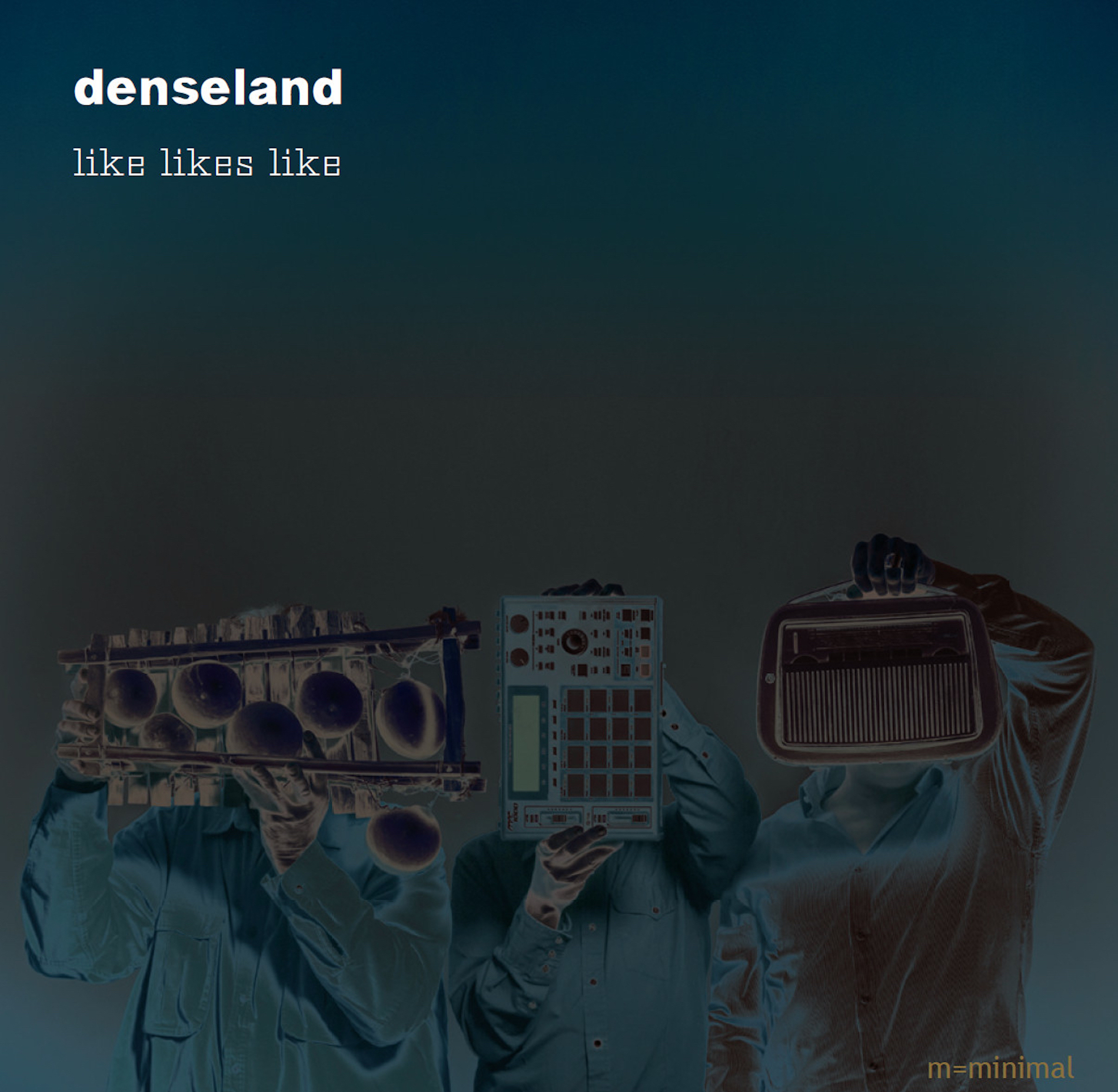 There is a certain type of music that echoes the feeling of a dark promise. It triggers anxiety, and it is precisely this effect that makes
it appealing. Such music represents a living contradiction, a threatening attraction, a sounding abyss. And it is fascinating like a
Cronenberg film. Denseland’s music oscillates precisely within this suspense.

Hanno Leichtmann, Hannes Strobl, and David Moss had already released an album titled “Chunk”. Now they bring us “Like likes Like” with the Berliner label m=minimal and seek to combine everything that belongs together.
Rhythmical textures, rudimentary melodies, and a clear renunciation of harmonies develop into a lesson on the subject minimalism. It is this sort of rhythmical music that instantly develops into a sense of suction that couldn’t be thriftier. The songs produce a deep and chilly effect.

And beyond the rhythmical structures appears David Moss’ magical Sprechgesang. His voice seems to whisper directly in one’s ear. It creaks, it grumbles. It is often nothing more than a murmur that bit by bit assembles a vocal. It then expands and shapes into a sort of singing as ghostly voices breathe in the air. It is precisely this vocal that widely contributes to a feeling of discomfort in the works of Like likes Like.

Almost all repetitive music operates on the principle of hypnosis
through repetition.

Sometimes a song needs a few minutes to unfold its hypnotic effect. On the contrary, Denseland needs only a few seconds.
The centrifugal force in its downbeat repetitions
becomes practically unavoidable.

Denseland’s members depict mastery in opening new frontiers.
They manage to employ minimal resources with maximum efficiency. Descriptors such as slow-motion funk or minimal spoken word noise-techno do not live up to the trio’s dark and energetic tracks.
The band was formed in 2008. A year later, it released its first record “chunk” with the label MOSZ Rec. Vienna. During the same year, the trio pursued the project “speaking in tongues” with Chris Kondek and Christiane Kühl.
This was followed by several performances at festivals like Ruhrtrienale, Avantart, Made, Sonar, and Taktlos, among others.