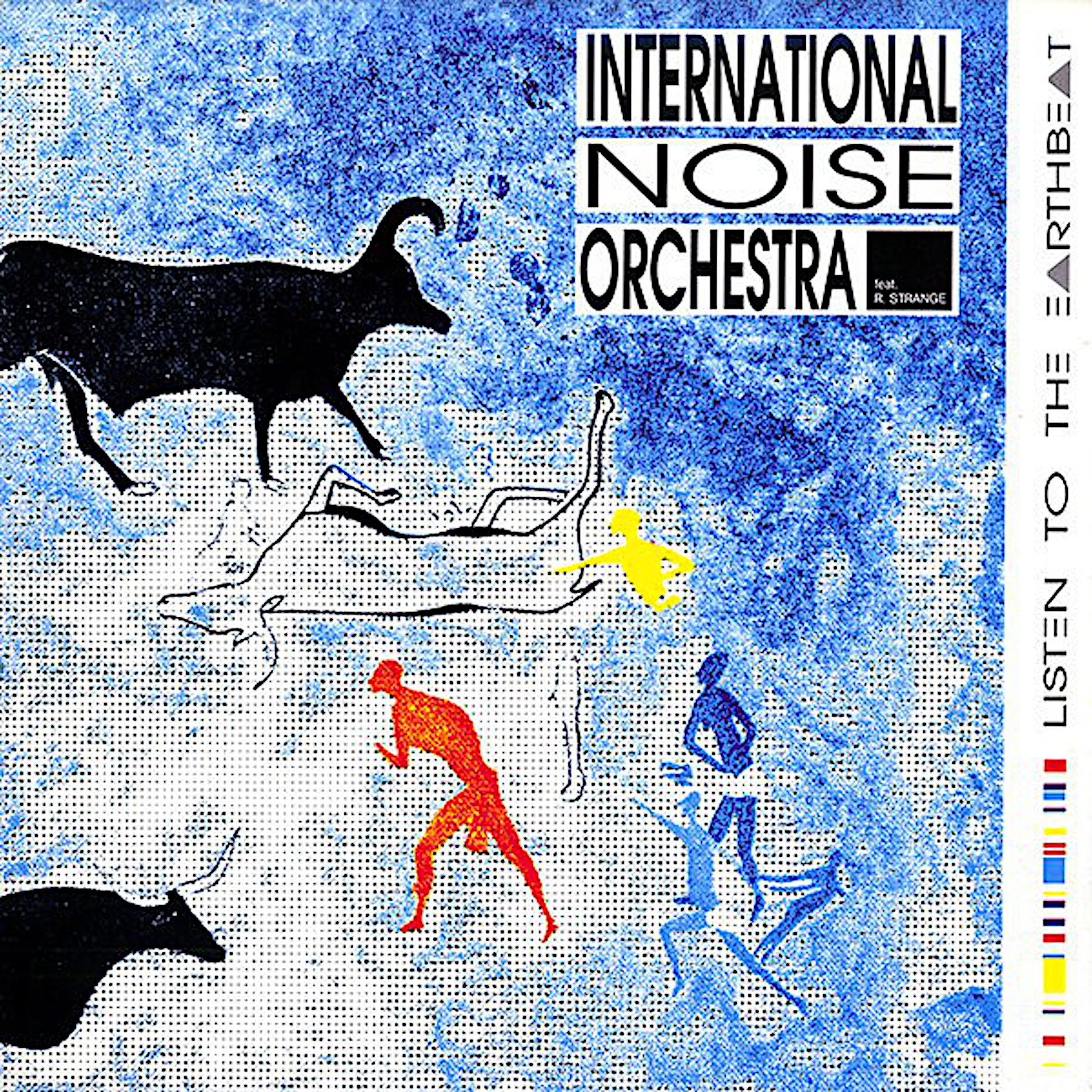 I.N.O. /// Listen To The Earthbeat is the cult classic album of the band. The lyrics of The Driving Force are more than up to date, especially in the era of social media.
The cover is a cave painting from the early days, found in the Sahara. It was digitalized with the computer tools of the time.

To combine existing with modern elements to create new and different views was not only the way the band worked. It is still the syncronArts philosophy today.

Listen To The Earthbeat.

A retrospective is currently released on 4 12″ vinyls on Emotional Rescue compiled by → Stuart Leath.