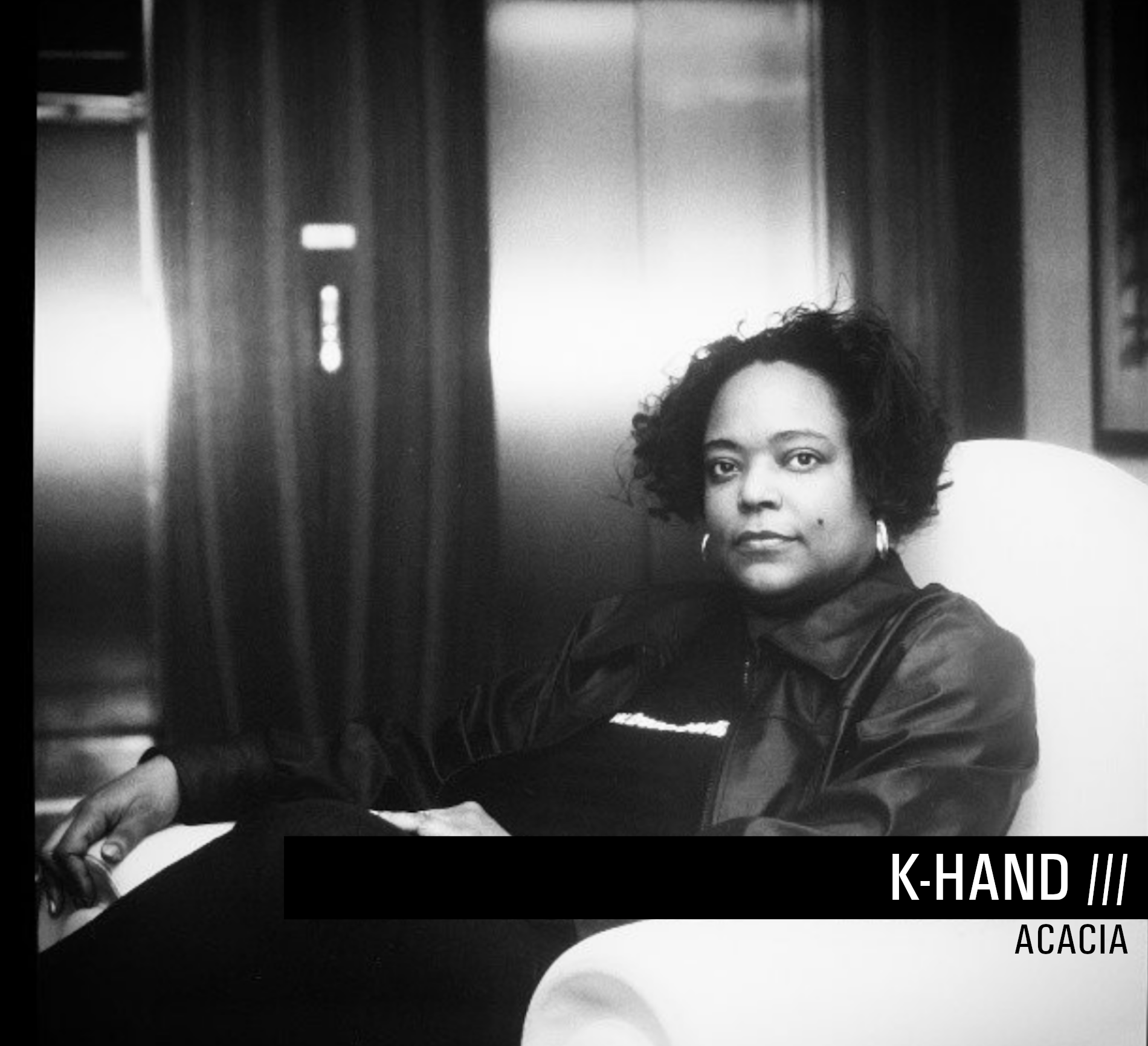 ‘The First Lady of Detroit’ isn’t a title to be thrown about lightly. Kelli Hand has earned that right and several decades into her career remains dominant as ever, “Everyone will have their time”. This pioneer challenged the status quo in a male dominated industry and cemented her own legacy.

“The dialogue between Detroit and Berlin has historically been one of techno’s driving forces, and it clearly remains a source of inspiration from K-HAND’s own shape-shifting work”- Philip Sherburne, Pitchfork

Don’t think of K-HAND as just another DJ or Detroit Producer Think instead as one of city’s best, as bold as that thought may seem. An international recognized Queen of Techno from the legend City Council Hand stands Detroit elite, the sort of DJ that devotes to the fans into techno & House music frenzies. There’s no denying Hand’s globetrotting DJing never fails to further its’ Technocity legacy. For some it may take a few years to acquire the sort of versatility that Hand has. Whether it is a lengthy set headlining at Moogfest in North Carolina, or sonic raves to small medium or large of an array, Hand knows how to read a crowd one track after another, when she feels it, the dance floor screams. All well versed in techno and deep house (thru her frequent stops at Paradise Garage- New York an Music Box Chicago to name a few), Hand offers the best, few DJs can weave back and forth with such precision and blend. If her talented skills isn’t chosen as one of Detroit’s most requested DJs wasn’t enough, Hand’s production work can never fail to garner attention. She is owner Boss of the independent record label Acacia US one of the city’s best prolific imprints to date. In addition to her countless 12” vinyl releases and digital works platforms@ K-HANDmusic.com Hand touring schedule continues to fill year after year with the undenying devotion to the electronic music scene simply put, Hand states “everything is always a work in progress” , when it comes to “what’s next?” that is the Answer. All details her in-demand status as a in demand DJ Artist of today. With the latest releases coming from its’ own Acacia US and also Nina Kraviz’s Trip Label, one will definitely look forward to seeing and hearing whats to come in our Electronic music scene today.